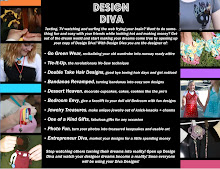 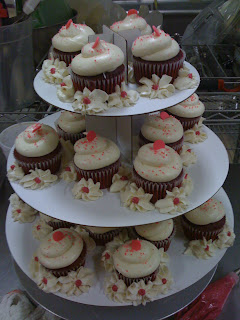 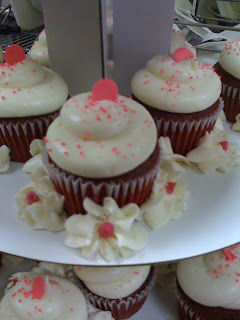 I put frosting flowers by the cupcakes when I make a cupcake tower to hold them in place for transporting them. The customers don't want to place them on the tower themselves and don't want to pay for set up and delivery so this is how we accommodate them. If I were the customer I would put it on myself for safety in the transporting. Too risky to transport already constructed.
And FYI if you are going to pick up a cake NEVER go alone. If it is just a flat cake you should be OK (I would still suggest a helper). But for cupcake towers and any cake that is stacked..please, please bring someone. Both of the cup cake tower customers came alone. And they were cream cheese cupcakes that never fully harden like butter cream!!! I told them that it would be "toast" by the time they got to their destination and really suggested they have 2 people pick it up. One got friends to pick it up and the other just took it herself (I made the lady stay 10 minutes longer so I could freeze the cupcake tower in hope it would survive) There is no way you can watch the cake and drive at the same time. Oh and turn corners gently!!! 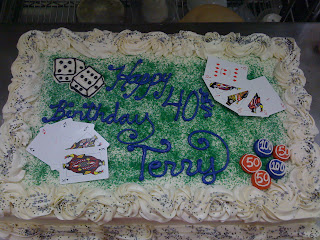 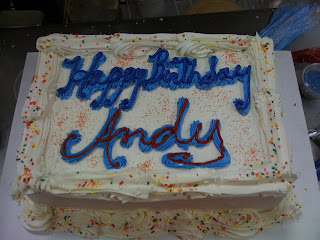 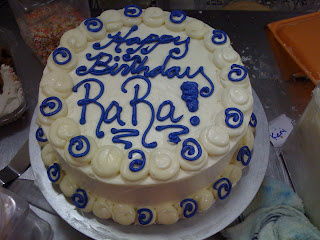 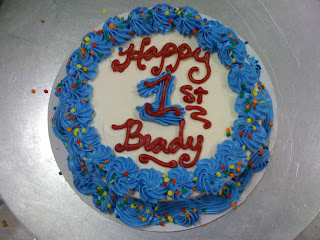 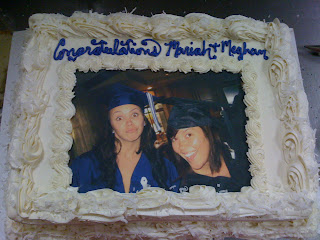 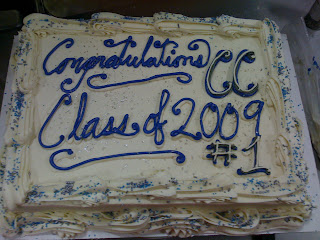 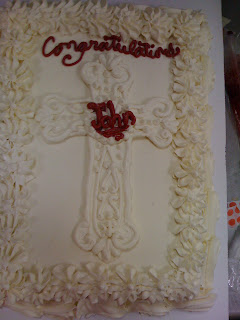 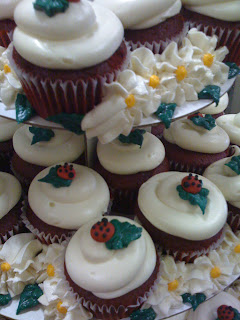 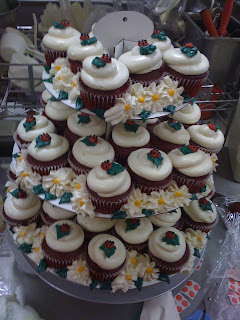 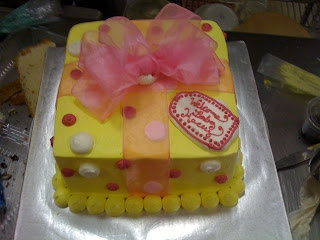 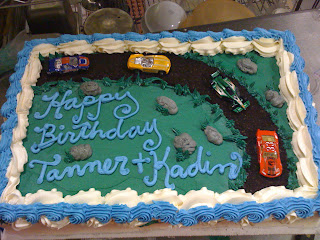